In this game as a player, you don’t worry about fairness. You will not be head of a small island nation, but also a political position with powers. Your enemy in these games is also far greater powers than you. Your role as a  player is to keep your nation stable and also fulfill its demands from external forces. 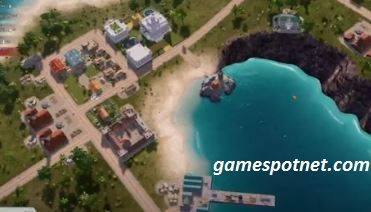 Q.No.1 Can you play Tropico 6 as Multiplayer?

Answer. Yes, it can be played as a Multiplayer game.

Q.No2 Tropico 6 is what kind of game?

Q.No 3 What are the languages that support Tropico 6?

Q.No 4 Is it possible to take overall Progress from beta to full game after release?

Answer. The short and sweet answer is no. Save games will be inside beta.

Q.No 5 Is it possible to beta game playable with a Controller?

Answer  Yes beta offers full controller support but actually, it is under development and after changes, it will release.

In this it is by default 2,000 .but it can change any time to 1,000 depending upon the change in population. But be aware it might be a huge risk on performance especially with lower to mid-range gaming rigs.

Q.No 7 Can I preorder the game?

Answer. Yes, I can preorder the game.

What are the main features of Tropico 6?

1-This is a very challenging game. In this game, you should Manage multiple islands at the same time and adapt to various new challenges.

2-In this you as a player can send rape on raids to foreign lands to steal world wonders and monuments, to add them to your collection.

3-In Tropico 6 game You will Build bridges, construct tunnels, and transport your citizens and tourists in taxis, buses, and aerial cable cars. Tropico 6 offers completely new transportation and infrastructure possibilities.

4-Tropico 6  has a revised research system that focuses on the political aspects of being the world’s greatest dictator.

5-You can campaign for elections, you can address the people and make promises that you cannot possibly keep.

Which factions and characters can we expect?

El Presidente will handle Tropico 6, accompanied by his most trusted subordinate, Penultimo.
some other classic characters are here,  Broker is also a new brand character who will offer inviting deals and offers to encourage El Presidente to add to or spend his Swiss Bank account money. The table below offers a brief overview of the various Factions and Superpowers and their representing spokespersons, some of which players may recognize from previous Tropico games:
The Factions
Revolutionaries
Sofia Ortega
Capitalist
Mason Belmonte
Communists
Marco Moreno
Industrialists